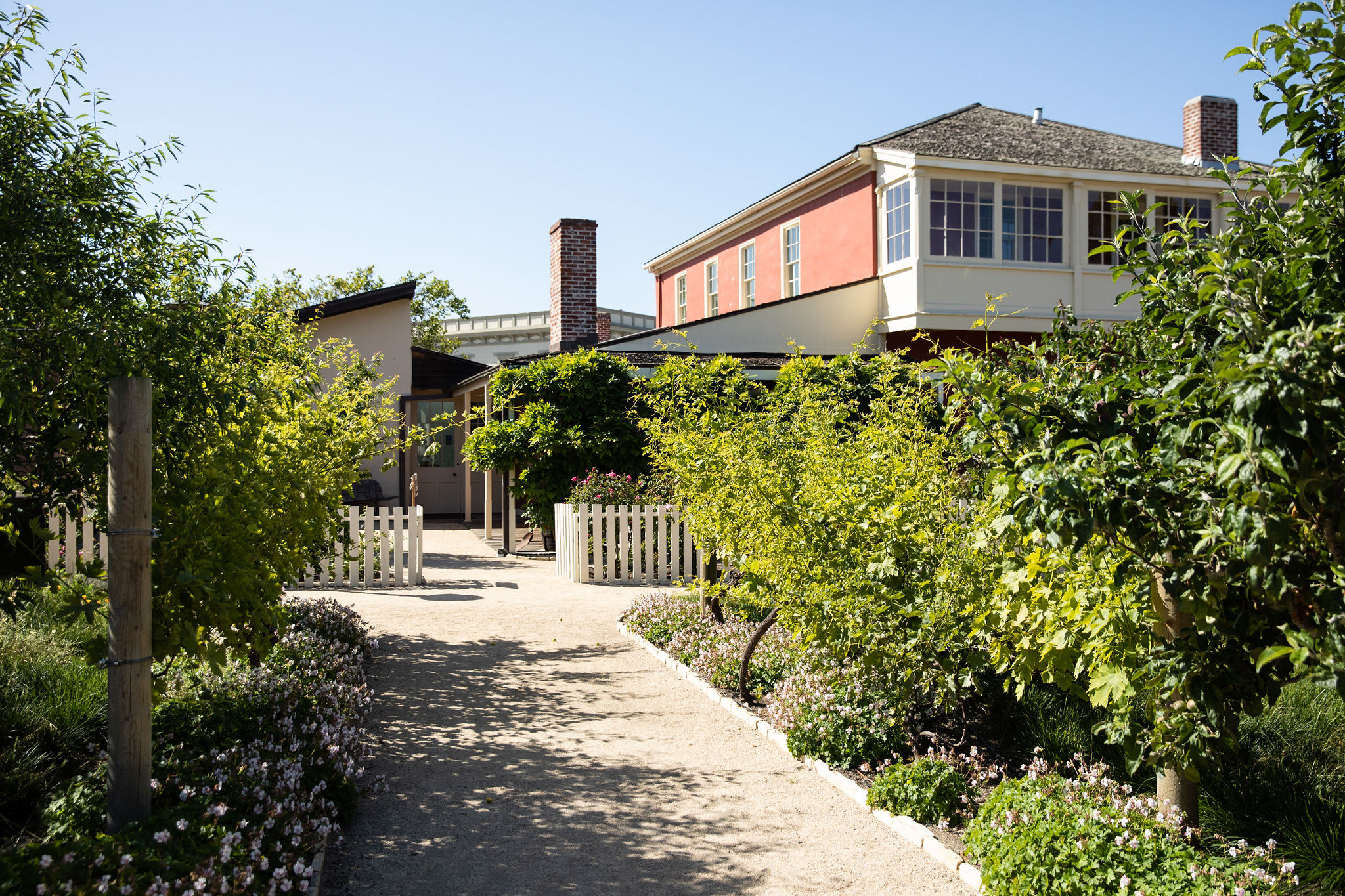 Virtually all the common fruit and nut trees that flourish in California today were brought here by the Spanish. The Coopers planted their own orchard within high adobe walls that protected the crop from wandering cattle and wild animals. The orchard you see today was planted in the 1980s by California State Parks and features twelve different types of trees including some Spanish favorites such as walnut, fig and apple. 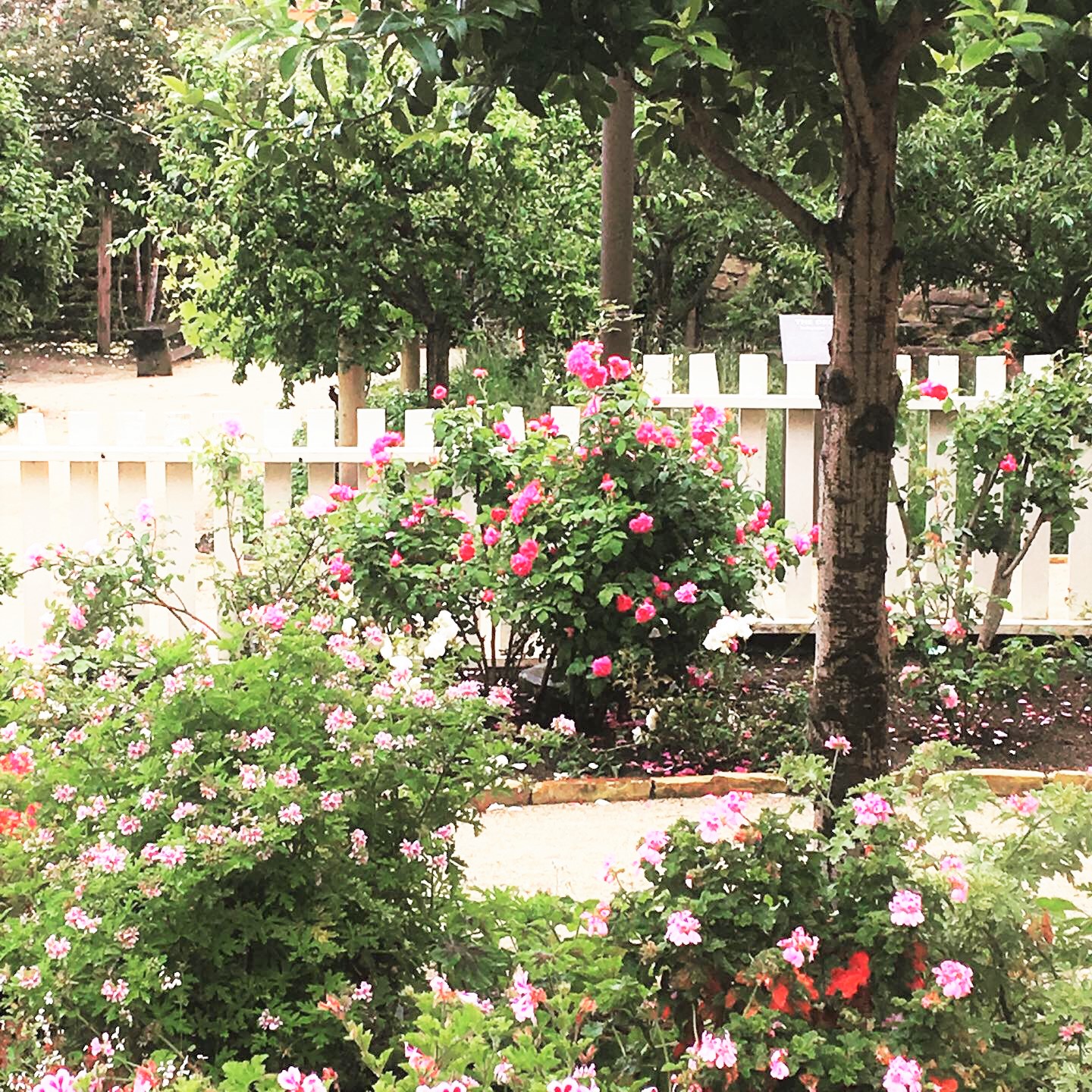 By 1865, there were twenty-four nurseries in the San Francisco and San Jose areas. All published elaborate catalogs that advertised a variety of imported roses such as Chinese, Tea-Scented China, Bourbon, Noisette, Damask, Multi-Flora, and Moss. These varieties are now featured in the Cooper Molera garden bringing an old-fashioned charm to this modern-day garden. 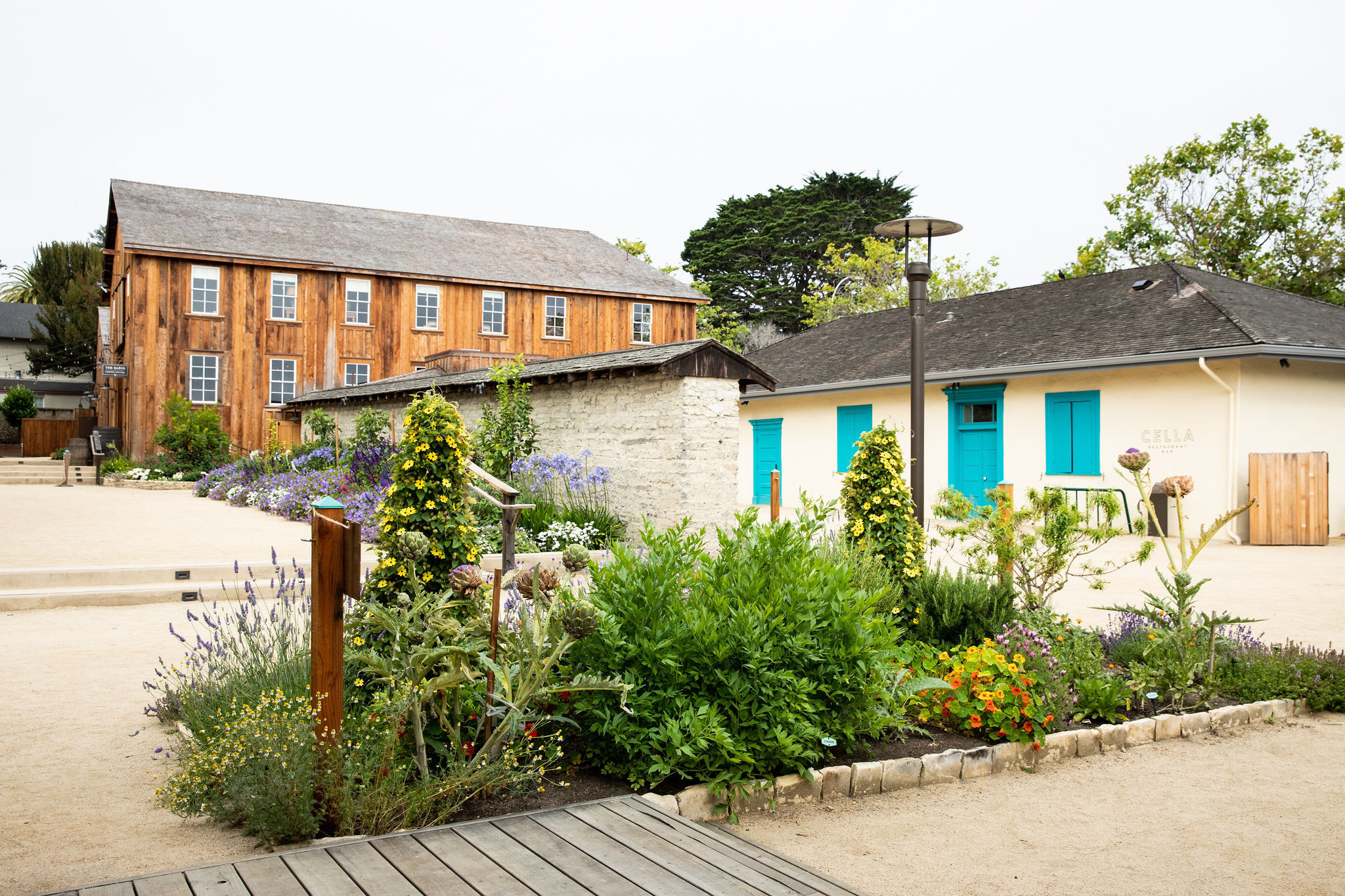 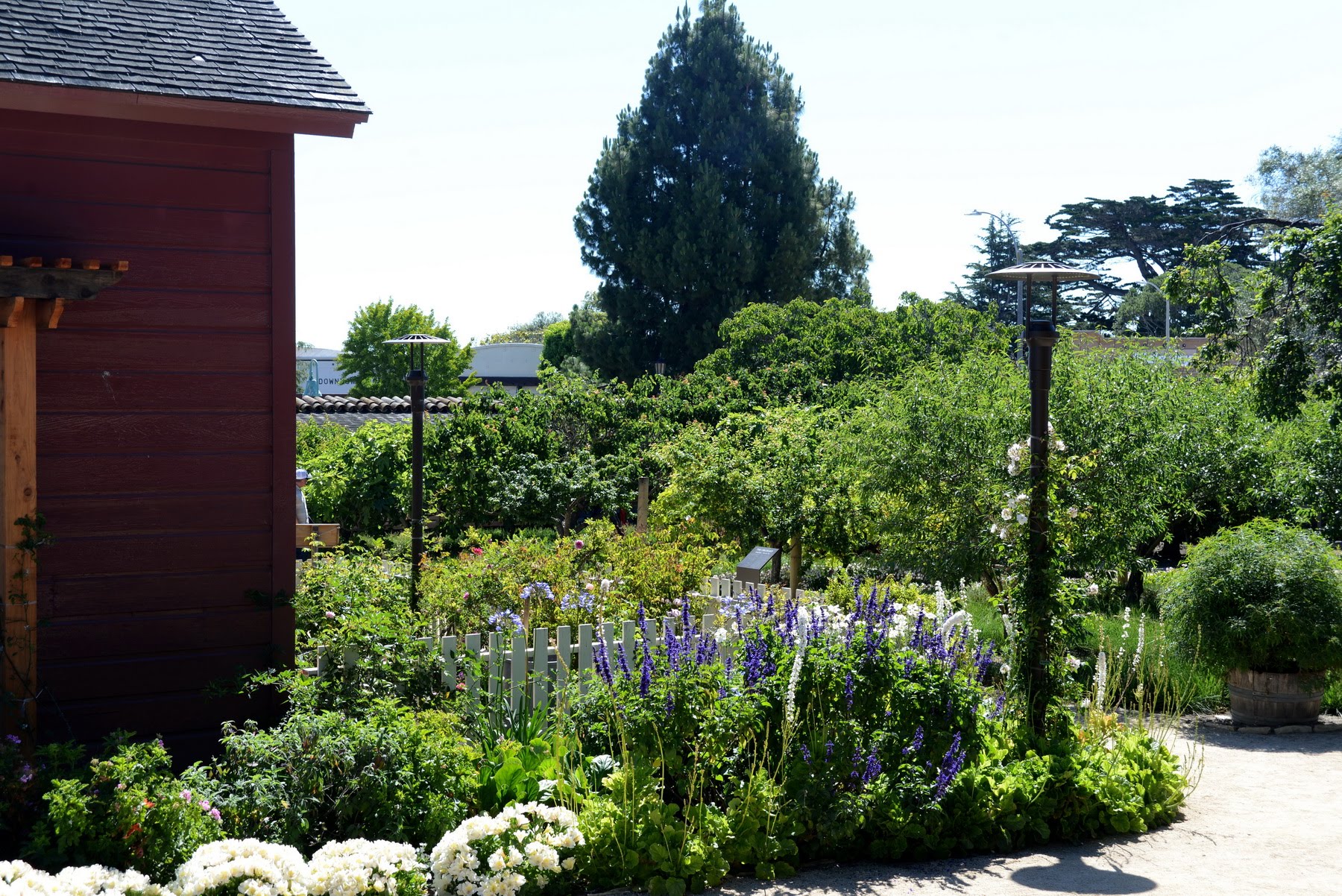 Apricot, Apple, Lemon, Rose, and even Chocolate-scented geraniums, members of the Pelargonium genus, fill the air with fragrance. Dutch sailors discovered these perennials in Southern Africa and by the 1700's they had become a popular mainstay in European and American gardens. Besides adding fragrance to linens, Victorian housewives concocted a headache remedy by steeping geranium leaves in vinegar. The Cooper geranium gardens are located at the museum's entrance. 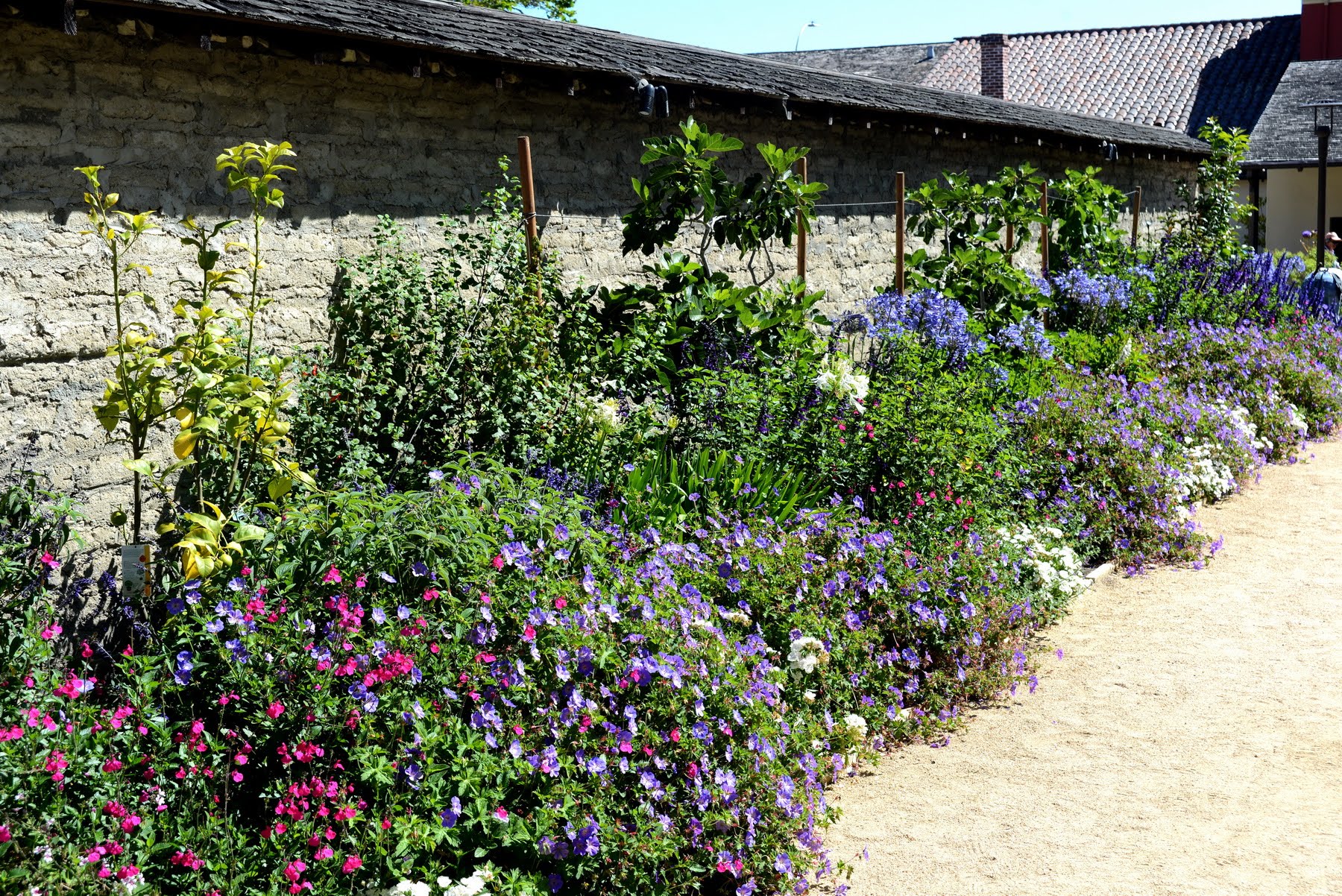 The remnants of an old adobe wall are all that's left of the original barrier that split the Cooper complex in half. It was build in 1833 when Captain cooper sold the western section of his property to settle some debts. Today catmint, and sage create a palette of blues, lavender and purple against a backdrop of espaliered figs and lemon trees.